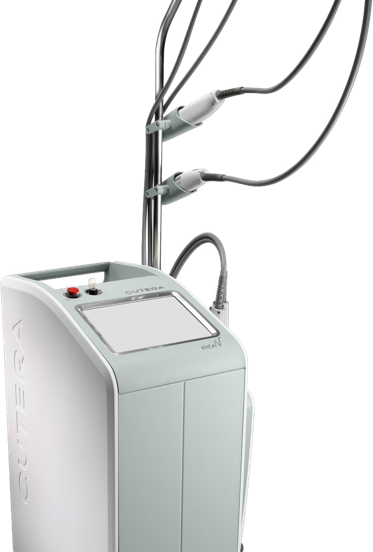 Skin diseases are prevalent, and while the majority are benign, they can have a significant impact on a person’s life. Pigmentation concerns like freckles and age spots, as well as vascular difficulties like face veins, leg veins, spider angiomas, and rosacea, are all frequent benign skin conditions. Sun damage, aging, environmental, and hereditary factors all play a role in many of these disorders. Hyperpigmentation is a medical term for darker spots on the skin. Excess melanin production, which can be caused by everything from acne scars to sun damage to hormone changes, causes these spots. Know that you’re not alone if you’re battling with hyperpigmentation. Hyperpigmentation is a common skin problem for which we have excel v+ the best laser treatment offered by Cutera.
Cutera’s outstanding V+ vascular laser is one of the most advanced on the market. Excel V+ may cover more than 20 therapy indications by delivering two clinically established laser wavelengths, 1064 nm and 532 nm. Excel V+’s adaptability is undeniable. It has a big 16 mm spot size, has 50 percent more power than its predecessor, and enables for speedier face and chest treatments. The Dermastat, a compact, pen-like handpiece with a 1 or 2 mm spot size that aids the tracing of small arteries and lesions, notably around the nose for targeted treatments, is also included in the excel V+. excel V+ is the most advanced laser technique for treating vascular and pigmentation issues. 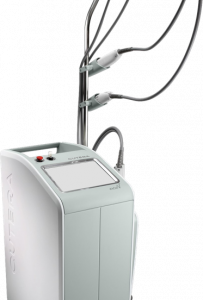 The symptoms and severity of skin problems vary widely. They might be transitory or permanent, and they can be pleasant or unpleasant. Some are caused by circumstances, while others may be inherited. Some skin problems are trivial, while others are potentially fatal. While the majority of skin disorders are mild, some can signal a more significant problem.
Excel V+ was designed with dermatological input to provide the power, precision, and performance needed to safely and efficiently treat indications ranging from difficult vascular and pigmentary diseases to today’s most common skin issues.

Cutera’s trademark Laser Genesis process addresses skin renewal problems, textural imperfections, and scarring with a non-ablative, no-downtime therapy. Laser Genesis is a great ‘gateway’ technique for practitioners because it is safe for all skin types. The Green Genesis technique, which provides a more targeted approach to treating erythema and scattered redness, is also new to the excel V+.

The wavelength of 532 nm is the most commonly used for the treatment of superficial vascular lesions. In the treatment of facial telangiectasias, research reveals that the 532 nm wavelength is at least as effective, if not more, than pulsed dye lasers. The wavelength of 532 nm can also be used to remove pigment from the face and body.
The ability to target both hemoglobin and melanin (reds and browns) at the same time is another benefit of the 532 nm wavelength. This is becoming increasingly useful in the treatment of conditions involving both chromophores, such as Poikiloderma of Civatte or photodamage.

Cutera’s 1064 nm laser is particularly efficient in treating deeper blood vessels and vascular issues that are blue or purple in color. Leg veins, venous lakes, venous deformities, and port-wine stains are all examples of this. Hemangiomas and bruises, laser hair removal, active acne, and acne scarring can all be treated with the 1064 nm laser.
The most typical adverse effect of the Cutera Excel V laser is a small localized swelling or redness that fades down in a matter of hours. The Laser Genesis hand piece is targeted directly on the areas of concern to treat your vascular lesions. The light is subsequently absorbed by blood vessels just beneath the skin, which are then reabsorbed by your body, lowering the appearance of the skin. A mild stinging sensation will occur during laser treatment. Slight redness and swelling are common following treatment and normally go away within a few hours. Some patients may experience bruising. After the initial treatment, most people notice a difference after 2-6 weeks. To obtain the desired result, several treatments may be required. Pigment lesions on the face, chest, and hands react in the same way. Depending on the place treated, they darken and flake off in 7-14 days.
Nobody can stop your skin from shining brightly and spreading its beauty far and wide. Cutera’s excel removes dark spots and pigmentations that taint your beauty, so specks and spots won’t detract from your skin’s shine any longer.
If you would like to know more about Cutera Laser Machines contact Leader Healthcare for Dubai on 043263980, for Kuwait +965 551 18025, and for Qatar on +974 3020 0801 or visit the website www.leaderhealthcaregroup.com for a broader understanding.