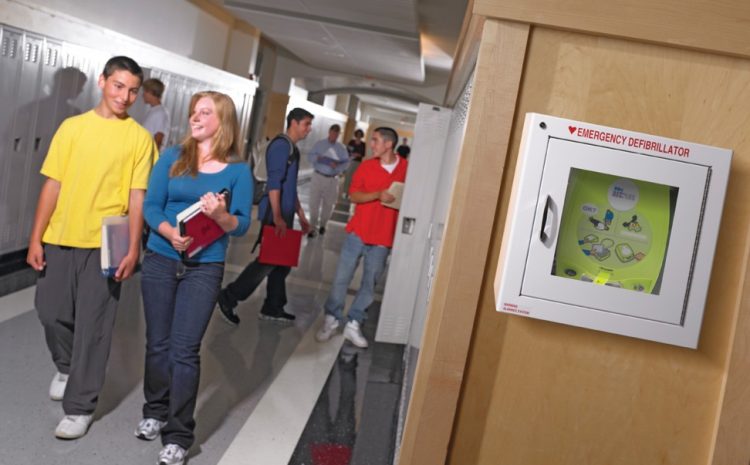 Schools have a significant impact on a larger number of a nation’s young people for about 6 hours per day, making up to 13 critical years of their social, psychological, physical, and intellectual development. It is playing a vital role in promoting the health and safety of children and adolescents. With good health policies and practices in school, students tend to become better learners and grow successful adults. Hence, we see schools having fire alarms, smoke detectors, and fire extinguishers. One such need is Zoll AED, a life-saving device that should be a fixture in all schools.

One might wonder what’s the need for AEDs in schools, arguing argue that SCA (Sudden Cardiac Arrest) among school-age children and youths is, fortunately, infrequent. Still, it is traumatic and often widely publicized. Sudden cardiac arrest prominently takes thousands of students’​ lives every year and is the leading cause of death in student-athletes in the United States. Without Zoll AED on hand, the chances of survival after one of these events are greatly diminished. Hence, it’s always better to be safe than sorry, as SCA is fatal if not treated immediately. The wise decision is to make schools a safe place by educating parents, teachers, and administrators about the importance and use of Zoll AED, developing an emergency action plan.

But what is Zoll AED?

Zoll AED is an AED or Automated External Defibrillator is a portable, user-friendly device designed with lay rescuers in mind without medical supervision to treat SCA (Sudden Cardiac Arrest).

It combines cutting-edge CPR feedback technology with ease of use and reliability, backing you throughout the rescue. CPR (Cardiopulmonary resuscitation) alone won’t restart a heart; hence Zoll AED should be used as quickly as possible to keep the heart alive. Survival can depend on it.

Sudden cardiac arrest occurs after the heart abruptly and unexpectedly stops beating, which can happen to anyone, anywhere, even in schools and here’s why it’s high time to have a Zoll AED at your school.

SCA death in children is at an alarming rate:

CChildren spend between 175 and 186 days in school each year, making 900-1,000 hours of instructional receiving time per year. Studies report that two in fifty high schools in the United States can expect an SCA (Sudden Cardiac Arrest) event each year which makes it shockingly common. It’s critically important for schools to have Zoll AEDs readily available to improve the survival rate. Defibrillation provided by a Zoll AED is highly accurate and effective, providing real-time feedback for the depth and speed of chest compressions set by international resuscitation guidelines. It allows rescuers to know how well they are performing chest compressions. The recent figures of the American Heart Association depict that approximately 7000 children die from cardiac arrest each year. The change in these significant figures can only be hoped with good school healthcare policies by taking early preventive measures of equipping schools with Zoll AED.

SCA education and training at an early stage:

Sudden cardiac arrest in schools is not uncommon. School with organized CPR (Cardiopulmonary resuscitation) training and a Zoll AED installed establishes a sign of confidence in teachers and students as well as in the parents. With the appropriate training and right life-saving health equipment like Zoll AED in place, one will know how to react and not panic in the face of emergencies. Moreover, it’s a matter of pride for parents to know that their children are equipped with the skills to perform CPR and use Zoll AED, which might come of great help in emergencies at home. The student will benefit from learning about CPR and AED from a young age. One such incident is seen when a man named Long Soo Keat of George Town, Malaysia, was rescued by five kids with the help of the school’s AED when he had a sudden cardiac arrest during a school alumni football match.

Young athletes are more likely to experience SCD than young non-athletes. However, it affects young people not involved in organized sports as well. It can happen during a rigorous workout or exercise or at rest, or even during sleep. In rare cases, young people also die from sudden cardiac arrest days or weeks later from brain damage during the SCA. The Children’s Hospital of Philadelphia observed that two-thirds of the deaths caused by sudden cardiac arrest in children occur during exercise or activity. SCA is the primary reason for death in young athletes. The heart must be “defibrillated” instantly as a person’s chance of surviving drops by 7-10 percent for each minute until a normal heartbeat is not restored. The smooth operation of Zoll AED by laypersons can help stop a life-threatening cardiac arrest resulting in excellent survival using its electrode chest pads to detect a fatal heart rhythm and deliver a shock to defibrillate or “reset” the system. Zoll AED at school athletic events in recent years has dramatically improved lives successfully across the country.

There was a substantial increase in the hospital survival rate of students by approximately 70%, who had experienced cardiac arrest in school with an AED support, compared with only about 8% in the overall population of school-age children (American College of Cardiology). Hence, the application of Zoll AED within 5 minutes after an SCA can save a life more effectively, improving the quality of life and brain function. Victims of SCA are more likely to survive than victims of traumatic cardiac arrest in a car accident or so, but only if they receive prompt support and treatment. In many emergencies, especially in out-of-hospital cardiac arrest, the victim is unconscious and not breathing. It may seem quite frightening to many people with a constant fear of how to help. But with the proper training and technology of Zoll AED, chances of survival bloom a little.

Therefore, the need of the hour is to contact your school to see if they are equipped with Zoll AEDs because good learning happens only with good health. Enquire your area’s school if they have a Cardiac Emergency Response Plan. They might be having one for fires, and unfortunately, active shooters. Shouldn’t they be prepared when a student collapses and goes into cardiac arrest? Would you admit your child to a school unequipped with fire alarms and extinguishers? Of course, you wouldn’t. So why are AEDs any different? The school might even be ignorant of their lack of preparedness, but sure they will understand the importance of your child’s safety if shown concern. Raising a sensible awareness could be enough to motivate a righteous action.

Increasing fidelity and Realism in Simulation

Leading The Way In Simulation Education 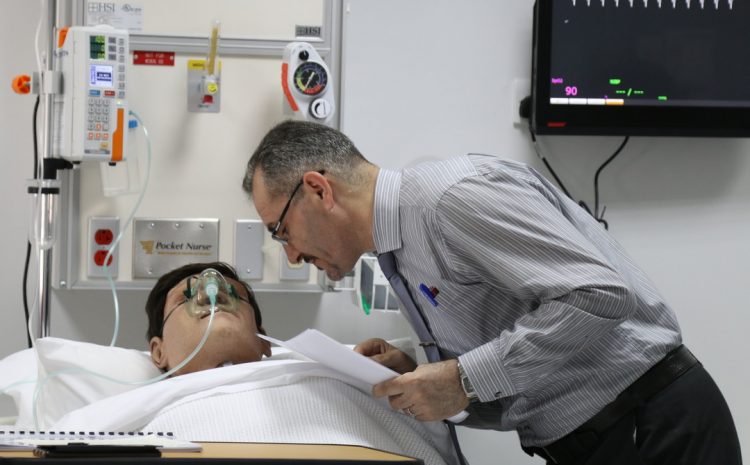 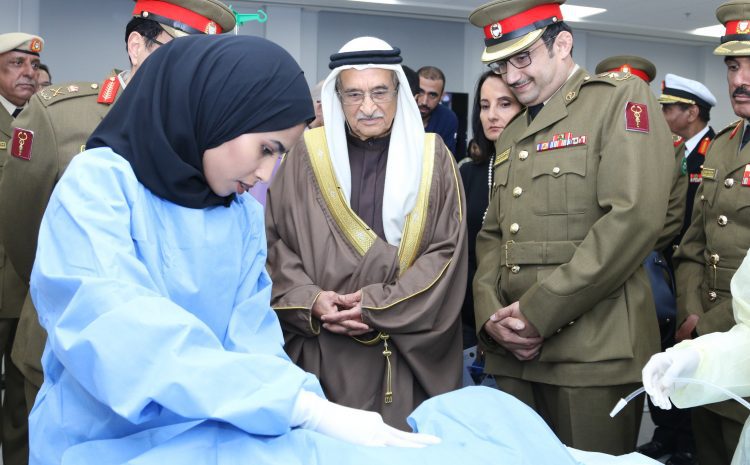 The Crown Prince Center for Training and Research, Bahrain